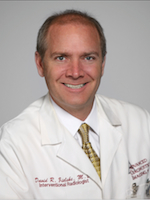 Ask Dr. Z Knowledge Base houses over 7,000 coding questions and answers dating back to 2010.

Is this reported 37765 even with the use of the Trivex system?

Is this reported with 37765, even with the use of the Trivex system?

"I had her stand up, and the areas of the varicosities in her left anterior/medial thigh and anterior/medial calf were marked. After adequate induction of anesthesia, she was prepped and draped in the usual sterile fashion in prone position. Time out was performed.

Using rolling technique, the tumescent solution was expressed out of the stab incisions. After that, Steri strips were applied followed by sterile wrap dressing with Kerlix, an ACE bandage, and coban."

Question ID : 15685
Sign up for a membership to view the answer to this question.

Don't see the answer you're looking for in the knowledge base? No problem. You can ask Dr. Z directly!
Ask Dr. Z a question now!